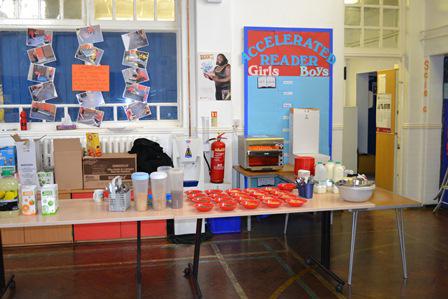 WHAT WE BELIEVE
Bournemouth Park has made providing a quality breakfast a priority. Of course, making sure children get a good, filling breakfast is enough reason to have a breakfast club in itself. However, our club reaches beyond the simple provision of breakfast. At Bournemouth Park we believe that setting up children with a good breakfast, enables children to become good learners.

In September 2012, Governors took the decision that breakfast club would be wholly funded by the school via pupil premium and main delegated school funding.  The decision was taken in light of the findings that a significantly increasing number of children were coming to school without eating breakfast, and the significant rise in pupils eligible for free school meals – which has seen an 8% rise in the past three years.

BEFORE
Prior to September 2012, the breakfast club was run by two part-time staff at cost of £1.40 per day.  The club opened at 7.50am and closed at 8.25am and served a range of breakfast cereals, toast, juice and milk shakes.  Some table top games were available for the children to play and on some occasions an outside provider supported indoor athletic type games for an additional charge.  On average there were 14 children attending each day and these were largely due to the work commitments of their parents.  On the odd day attendance might peak at around 20 children.
Many children would come in to school hungry without the service the school now provides.

Bournemouth Park is situated in a deprived area of Southend. Many children come to our breakfast club because their parent's working hours make it hard for them to get breakfast at home, and many more come because there simply isn't a breakfast to be had at home. Many pupils come from large families and bring themselves to school from a young age. Many families simply do have the money to feed their own children.

NOW
At Bournemouth Park we believe it is important that pupils are given every opportunity to pursue a healthy, as well as an active lifestyle. In addition to serving food in the mornings, we offer a programme of sports and games for all, as well as activities, homework clubs and ICT opportunities. Senior teachers offer booster lessons which support children in the journey to reaching their English and Maths targets.

All of our looked after children now attend breakfast club. Our vulnerable children are offered support by highly trained and experience Learning Mentors. All our staff and volunteers are there to talk to, and to listen. One of the key aims is to teach social skills, manners and good citizenship. Our re-launched breakfast club has helped improve attendance, and also helped pupils bring higher concentration levels in to the start of the educational day.

Since September 2012 we have offered a free breakfast to any child who would like to come along. In the past twelve months numbers have gradually risen , with a daily average in the final weeks of the 2015 Summer Term reaching over 135 each day!

Since September 2013 we have been very grateful to Greggs for stepping in to support our growing Breakfast Club at Bournemouth Park Primary School.  So impressed were they with the sheer number of children coming through the door each morning, they have agreed to sponsor our club for the whole of the next academic year.  Greggs are helping to make breakfast at Bournemouth Park an important start to the day for so many of our children. 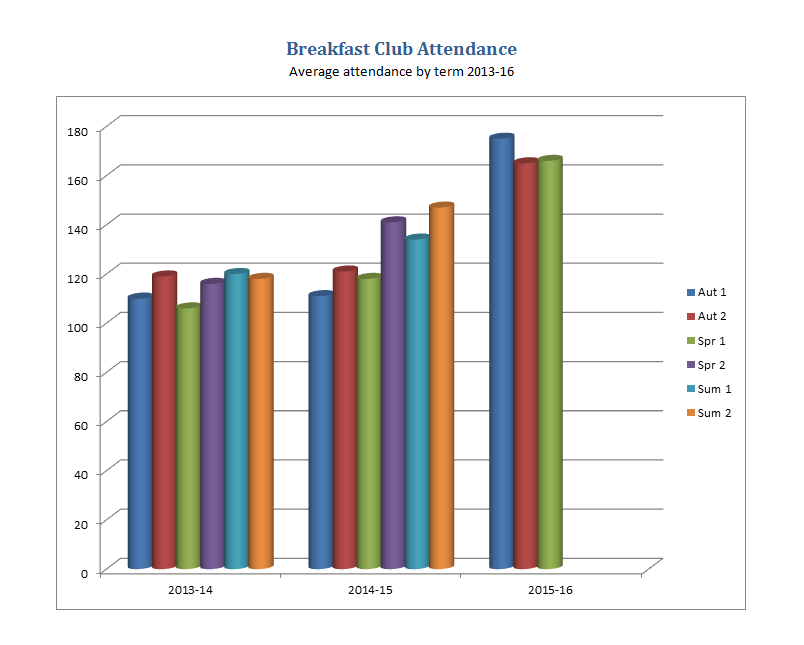 You will not be allowed to participate if you arrive later than 8.00 a.m.

Once you are at an activity you must stay there until brought back by the sports coach.

Activities may change depending on the weather.